R. W. Bell has spent nearly two decades steeped in the impenetrable world of the defense industry. He has led development efforts on covert projects ranging from the fabled US Army Comanche Stealth Helicopter to cutting edge aircraft survivability equipment for the Ministry of Defense. He holds a high level clearance and three advanced degrees in aerospace engineering. He is a helicopter pilot and operates drones for the US government. His work on electronic warfare systems and countermeasures has sent him across the globe to dozens of countries and undisclosed locations. R. W. Bell never expected he’d write a book, until he had to.
​ 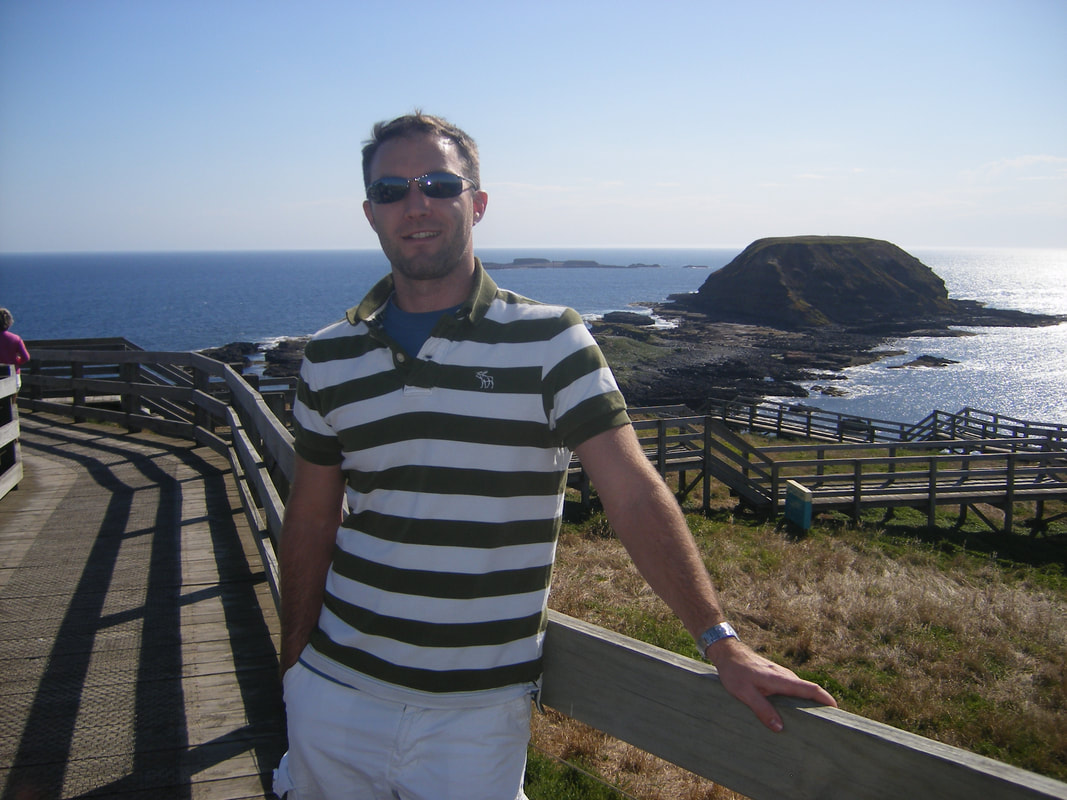 ​​Family lore has it that my great grandfather, Leroy A Gettens, wrote a regular fiction column for the Saturday Evening Post in the nineteen twenties. He published under a pen name, and no-one in the family has been able to locate copies of his short stories.

Flash forward to today. I am perpetuating that would-be tradition with the Trace Element series. I'm influenced by a spectrum of authors from Ian Fleming, Michael Crichton, P.J. O'Rourke, Dan Brown to Ray Bradbury, Rudyard Kipling, and my well-published friend, Bassam Tarazi. I have received some of the best advice on writing from Steven Pressfield in his book -Nobody Wants to Read Your Sh*t: "I did what I myself thought was interesting, and left its reception to the gods." While I aspire to be a flicker in the shadow of these greats, I have been told that I can tell a good story.

Every setting of Trace Element and Silent Key is a place I've been. Writing this fiction started as a way to take you there with me, and when I was done, I found we had traveled much, much farther.  I first penned what is now chapters 2 and 3 of Trace Element in 2012 when living in London. I finished the climax scene in chapter 13 in 2019,  after returning to the city for the Global MilSatCom conference.

Silent Key was first penned in 2016 before my daughter was born and is dedicated to her. The manuscript was approved to publish by the US Government in 2019, which is requirement for me if I'm writing about technology.  The story is filled with tech, including an amphibious electric jet, a high-speed stealth swath, hydrogen fuel cell-powered flying taxis, recoverable rocket fairings, carbon-nanotube solar cells, undersea cables, low earth orbit satellite constellations, lasercomm, comm-specs, cryptology, and of course, a top-secret power source. The future is here; it's just not widely distributed yet.

Silent Key is set in the near future. The year is 2046. This time, Ethan Cross is on an adventure teamed up with a side-kick, Alyne Jimmie, in a Sherlock-Watson-like quest to solve a mystery surrounding an enigmatic rocket fairing that's been recovered floating in the Coral Sea.

If you're thirsting for an armchair travel experience, dive into Silent Key and Join Ethan and Alyne as they search for clues in Dubai, the Marshall Islands, New Zealand, Sydney, and Brisbane. Cross is back to his MacGyver-Langdon-like tricks as he unravels another international entanglement, escapes a clandestine pursuer, overcomes a perilous trap, and gains new insight into the events in Trace Element.

Who is Ethan Cross? Maybe he began as a figment of who my son might become as a young adult? A talented co-worker, Kevin Larochelle, inspired Cross' specialty and aptitudes. Cross' fact-based professionalism, sarcastic sense of humor, and aversion to public recognition is a mirror of the most brilliant person I know, my wife. Thank you to her for tolerating my deep dives into the intricacies of these plots.

For the astute reader, there is an encrypted message within the pages of Silent Key. There will be something waiting on the page of this site titled Hiddenite for those who decrypt the code. Of course, you'll need a copy of the cipher itself. It resides in the book... along with a clue or two spoken by the character Dr. David Dodge in the chapter called Silent Key.

Here it is for the avid cryptanalyst. Send me your decrypted solution and I'll send you a password to the page on this site titled Hiddenite. There you'll find the final tale in the trilogy, FUSION UNMASKED.

Hiddenite is the Trace Element.
What is the Silent Key?


I hope these tales entertain and intrigue you. Thank you in advance for your interest.