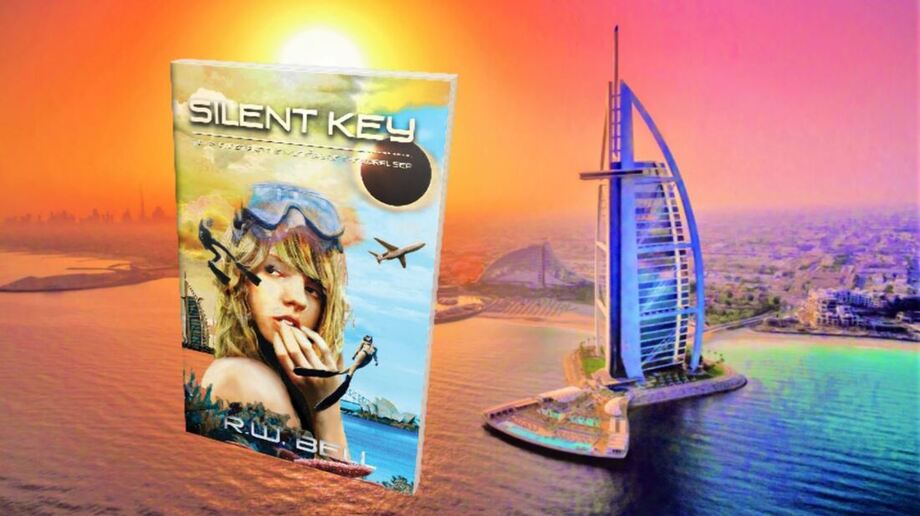 It’s 2046. Island workers have inadvertently recovered a piece of space debris at a secretive US military base. Ethan Cross teams up with Alyne Jimmie in the South Pacific to investigate a rocket fairing with mysterious attributes and of unknown origin. Propelled by intrigue, the pair of self-proclaimed detectives travel to Sydney to close in on the puzzling component's true nature, where they cross paths with a clandestine pursuer set on ensuring the technological riddle remains an enigma. When an old acquaintance of Alyne's steers their probe toward the Coral Sea, the partner’s only hope for a savior is a stealthy ghost from Cross' past.  Will Cross' history help them to crack the case? Or will past entanglements stop Ethan and Alyne from exposing a sinister fait accompli? Follow Ethan Cross from Dubai to the Marshall Islands, New Zealand, Sydney, and Brisbane as his quest for facts about NoviX’s nano-tech solar panels leads him to new revelations about recent discoveries in Trace Element.

Drinkee by Sofi Tukker - Start this song as you being to read the 6th paragraph of Chapter 12 - Drinkee, page 167. Start as the text prompts: The text floated in the air above the patrons as the song began to play.
Sofi Tukker- Drinkee, 2017 Grammy nominee for Best Dance Recording